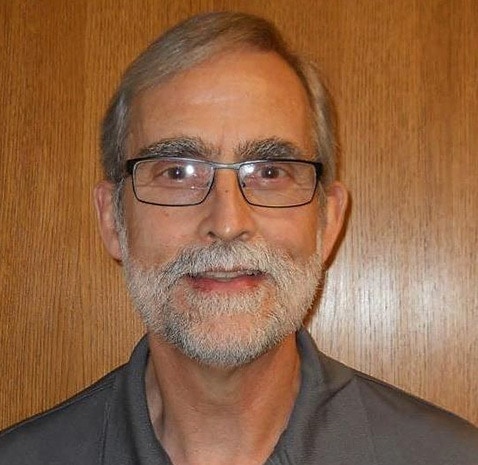 Born in Detroit, Gary Bruland grew up in Traverse City, MI. His undergraduate studies were at Calvin College, seminary studies at Gordon-Conwell (M.Div.) and Eastern Baptist (D.Min.), with further grad studies at the Univ. of Akron (M.A. in both counseling and marriage and family therapy). He married Esther Byle Bruland, PhD., in 1980. They reside in Mechanicsburg, PA. They have one adult son, Peter Bruland, JD, who lives and works in Washington, D.C. From 1981 to 2017, Gary served as the lead pastor of American Baptist Churches in MI, OH, and PA. A licensed professional counselor and licensed marriage and family therapist, Bruland has also maintained a part-time counseling practice since 1994. From August 2017 to the present, Gary has served as a Grane Hospice Bereavement Counselor in the Harrisburg area.

In speaking about his role at Grane Hospice, Bruland observed, “It’s truly an honor to work alongside such an amazing group of exceptionally dedicated, skilled, and compassionate professionals. I am truly blessed to have the best Director of Operations and best Bereavement Services Director anywhere, and to work with the finest colleagues on this terrific team. Every day is a new opportunity to learn, grow, and serve.” What Gary especially enjoys about his work as a bereavement counselor is being able to lead Growing through Grief support groups in the Camp Hill Grane Hospice office, as well as at several facilities served by Grane Hospice in the greater Harrisburg area. Additionally, Bruland and his wife, Esther, lead a faith-based GriefShare support group at the Carlisle Evangelical Free Church each Sunday morning.

Over the years Gary has enjoyed writing and running. He has had more than two-dozen articles published in magazines like Preaching and Metro Parent, as well as on sites like Preaching On-Line, and Pastors.com. A former distance runner in high school, he resumed running later in life and has competed in 30 marathons, several half-marathons and many shorter races, totaling over 20,000 miles on roads and trails. He also wrote Running Well or Running Ragged? (Lulu, 2006, rev. 2019).

Gary put his writing interests to work in recent months by crafting two short volumes related to his work as a hospice bereavement counselor. In an effort to adapt J. William Worden’s task model of grief recovery to a broad readership, Bruland wrote Driving the Detour: Helpful Tasks and Hopeful Truths for Growing through Grief (Lulu, 2019). To add, Bruland excerpted a portion of Driving the Detour for use in bereavement support by Grane Hospice, creating a Grane Hospice Growing through Grief Guide (Lulu, 2019). Complimentary copies are available for bereaved individuals and for hospice staff in the Grane Hospice Bereavement Library in the Camp Hill office.